Twenty years ago this fall, Converge MidAmerica experienced a breakthrough moment in launching four church plants within five weeks of the attacks at the World Trade Center on 9-11. Up to that point, this had never happened in the history of Converge MidAmerica. 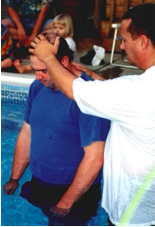 NorthBridge Church in Antioch, IL, launched September 16th under the leadership of Mark & Michelle Albrecht. Christ’s Church of Wrigleyville, in Chicago, IL, celebrated the restart of this historic church on September 16th under the leadership of Dave & Tiffany Gwartney. Both churches celebrated their starts just 5 days after the attacks. Dave told me that they opened the doors of this historic church blocks from Wrigley Field, and people came in just to pray throughout the week.

On October 14th, Heartland Church in Fishers, IN, was launched under the leadership of Darryn & Loree Scheske and Crosswinds Community Church by Mark and Jill Savage in Bloomington, IL. 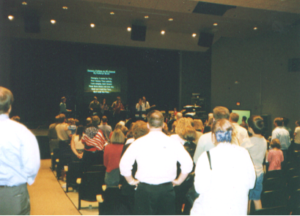 Three of these churches are still strong, healthy, and engaged in missions and church multiplication. Crosswinds had a tremendous ten-year run but had a difficult transition after the founding pastor left, which eventually led to the church closing its doors in December 2020.

NorthBridge Church is a daughter church of Faith Baptist Church in Grayslake, IL. It grew quickly. Within six months, they commissioned Richard Wollard to start Meadowland Church in Johnsburg, IL. Mark Albrecht became a leader in our church planting movement. He was involved in coaching, training, and leading our multiplication efforts in Northern Illinois. Northbridge Church started three daughter churches: Meadowland (2002), New Hope (2009), and Connection (2016). They have been a part of starting two granddaughter churches in helping Meadowland launch Redemption Church in 2015 and New Hope launch Casa de Oracion the same year. All of this happened along with adopting Real Hope Church in 2019 and Anchor Church in 2020. 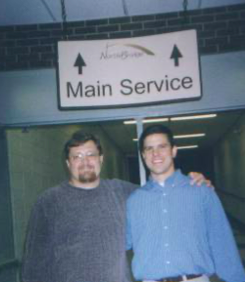 Christ’s Church of Wrigleyville (the first Swedish Baptist Church in Chicago) started strong. It transitioned from the leadership of Dave Gwartney to Josh Taylor in 2008. They instantly became a multi-site church as Josh, their daughter church’s pastor, became their pastor and joined the two churches together to form Missio Dei. Missio Dei is now a unique multi-congregational model with four locations and is working on its fifth this year. They have also adopted and funded many church planters and mission partners over the years.

Heartland Church was pioneered by the Scheske’s who moved their family to Fishers not knowing a soul before they stepped out on faith to follow God’s calling. Through the hard work of community networking and personal evangelism, they saw many people come to Christ and gathered this group together in a small bible study in February of 2001. They held their first baptism service before they held any public worship service. Together with the assistance from our regional office and a generous business owner, they launched full-service daycare before they held their first public worship service. They grew quickly through their evangelistic efforts and community involvement. Darryn Scheske also became a movement leader through coaching, training, and leading multiplication efforts in Indiana. Heartland helped start Indy Metro (2004) by sending people and finances to launch this church in downtown Indianapolis. They have adopted and funded most of our Indiana church plants. They have most recently come alongside our first Ethiopian Congregation planted by Pastor Getachew Tegegne. 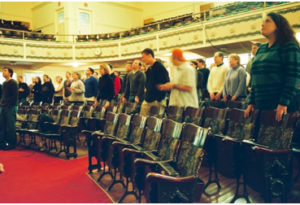 For 20 years, I have watched Mark and Darryn grow solid and vibrant churches with a thankful heart. They see lives changed in their communities, churches planted in our region, and the world touched through their extensive mission efforts. Each of these churches has given millions to church planting, church strengthening, and mission work. They each, as pastors, have given their time to serve in significant roles on both our regional and national boards. Their churches have become modern-day examples of the ancient church of Antioch. Their churches not only reached their communities (Acts 11:21) but became key players in reaching the world through church planting (Acts 13:1-3). 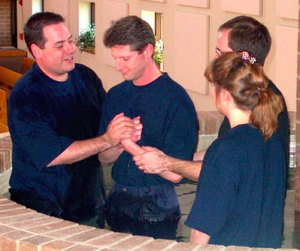 These men and their churches serve as great examples to emulate and strive for because “The Lord’s hand was (and is) with them…” (Acts 11:21).