“…being confident of this, that he who began a good work in you will carry it on to completion until the day of Christ Jesus.”  Philippians 1:6

This summer, God moved in incredible ways through The Heritage at the Hill event for the Sterling Heights campus at Freedom Hill Amphitheater in Sterling Heights, MI. Over 2,500 people came and experienced dynamic worship, games, giveaways, an amazing message, and 174 baptisms. This was the biggest baptism event in Heritage Church’s 22-year history! It was moving and powerful to see so many publicly declare their faith in Jesus. Baptisms continued the following week at our Imlay City campus event at Heritage at the Fairgrounds where 30 people were baptized.

There were several impactful moments during the Heritage at the Hill event. A woman named Shae wanted to be baptized at Freedom Hill. The problem was that her bridal shower was that same day at 1:00 PM. She was so committed to taking her next step of faith that she was willing to be late to her own bridal shower! Her mother and other friends had a watch party while decorating the bridal shower venue so they could witness her baptism live.

Dennis also shared his story with us. He stated, “I wasn’t aware of my need for salvation until my late 20’s. When I met my wife, she opened my eyes to the importance of giving my life to Christ and I was amazed at how my life could change when I started a relationship with God. In April 2014, I was saved. Although that was eight years ago, I realized that now is my time to step up and get baptized so I can show my friends and family that Jesus is my Savior!”

We love witnessing the Lord work in people’s hearts and draw them to Himself, and we can’t wait to see what God does next!

The Beauty of Humility: Heartland Church

At Heartland Church, prayer is the vital foundation of their church and ministry. The congregation comes together for 21 Days of Prayer every January and August at the start of the new year and the 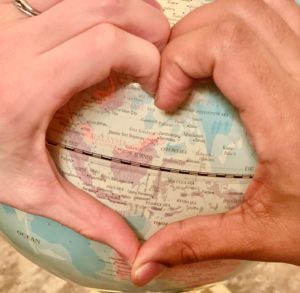 Our Story B gave his life to the Lord in 2015. He lived in India for 3.5 years doing the work of the Lord with his family’s ministry. After returning to the US, he pursued