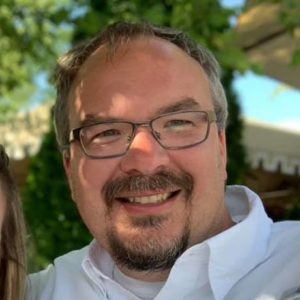 Believe it or not, Berkeley Community Church launched right of the last pandemic, the Spanish Flu. A women’s bible study in the Detroit area wanted to start a church in the northern farmlands north of Detroit. 101 years later and five pastors later, here we are.

Technically we had an affiliation prior to Converge, but in functioning we were a silo church for 40 years or more. I knew I needed others; I needed encouragement, I wanted coaching and camaraderie, and I wanted to be part of something bigger. I saw that the best days for this church were in the days ahead, and I knew I needed someone like Converge to help me get there. We’ve always been a great family church, but it was my dream that we would become a sending church as well. I’d love to see Berkeley plant many churches with that same love for families and gospel clarity that we have here. Becoming part of Converge MidAmerica has been one of the best decisions that we’ve made in recent years here.

Occasionally God does dramatic Damascus Road-type stories of transformation here, but most of the time God seems to send us previously religious people who find a genuine relationship with Christ. Just a few weeks before COVID hit we had a baptism service. Like many churches, baptism Sundays are just like the greatest party of celebrating what God is doing. There was a husband and wife that got baptized that day. Both had interactions with the church growing up. They knew some religion, and they knew some things about God, but they didn’t know Jesus. In time they put their faith in Christ and this past February they got baptized together.

That same day two teenage brothers also got baptized. They were so sold out, so wanting to be faithful to God in everything, that baptism wasn’t enough; they wanted to become members of the church immediately.

Since then we’ve been online and outside like many churches. We’re a church in the middle of a city. As we’ve been in our Converge Together Groups we’ve been encouraging one another take advantage of this moment God has given us. All summer long we’ve been preaching outside, and I’ve been watching people walk their dogs by and and ride their bikes. At first it was one time, then another, and then they show up every Sunday very slowly. They’re maybe not so sure they want to join in, but they’re curious about this grace that we are preaching about on Sunday morning.

That’s what God has been doing. Life after life is changing. The numbers aren’t dramatic, but we’re seeing one life after another of rescuing people and pointing them to this great grace. God has been moving in this place for 101 years, and I’m excited with Converge to see what he does next. 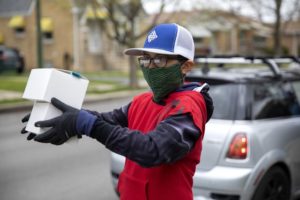 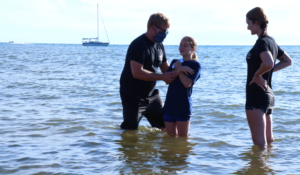 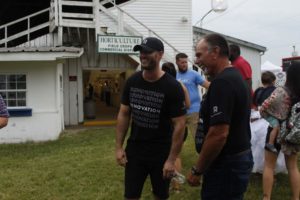